Today my friends and I pieced out a KFC Double Down

So curiosity (and not-at-all-420-related munchies) led my two friends and I to sample the controversial unsandwich known at KFC as the “Double Down.” 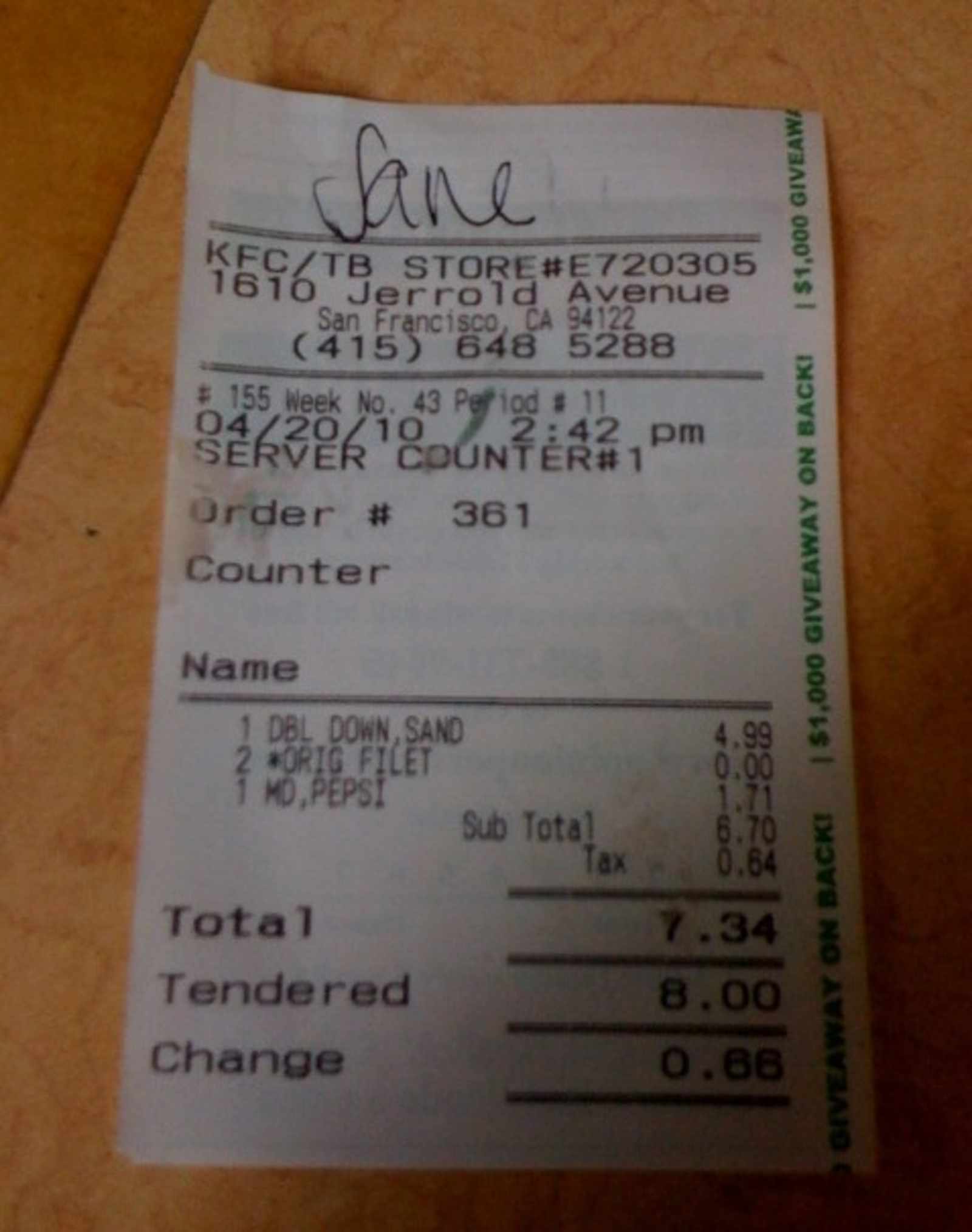 The Double Down consists of two pieces of boneless fried chicken, with jack cheese, bacon and the Colonel’s special sauce in between. Pretty appalling. With 540 calories, 32 grams of fat and 1380 milligrams of sodium, it’s truly a heartstopper. Reviews? I say … blech, bacon plus fried chicken is just too much, and I felt stomach acid and nausea before I even finished eating. I do not recommend it. My friend George somewhat agrees. My friend Ryan, on the other hand, is totally on board, proclaiming the Double Down his “new Burger King Quad Stacker.”

Has anyone else tried this monstrosity? Reactions?

I haven’t tried it just from the photos of it looking like a sad sandwich. I think KFC pussed out on this thing, McDonalds “premium” chicken BLT has more calories than this thing. The Double Down isn’t healthy but it’s hardly the “crazy” sandwich they tried to make it out to be. Fucking an order of popeye’s cajun wings got more gut wrecking calories than this greasy underachiever.

without a picture of it in your month, it didn’t happen.

Stalker Jane up in the hissy, straight outta North Bay! Why the fuck is this exciting to you? Do they not have fried chicken in Marin?

$7 seems like way too much money for a fast food unsando. Have I just fallen out of the loop? What’s the going rate for a big mac or a whopper?

You have to hand it to Yum! Brands, Inc., they’re getting a metric assload of free advertising. Even on Uptown Almanac, apparently.

It almost makes up for the fact that this product missed the low-carb craze a few years ago. Would have been perfect.