Okay, I know you all are saying “this bullshit is getting old” but Laughing Squid needs me to do some research so that lazy fuck can just rip off this blog without credit.  Again.  Even anonymous dumbasses on ezboards.com are better at giving us hat tips than that fool.  ANYWAYS. 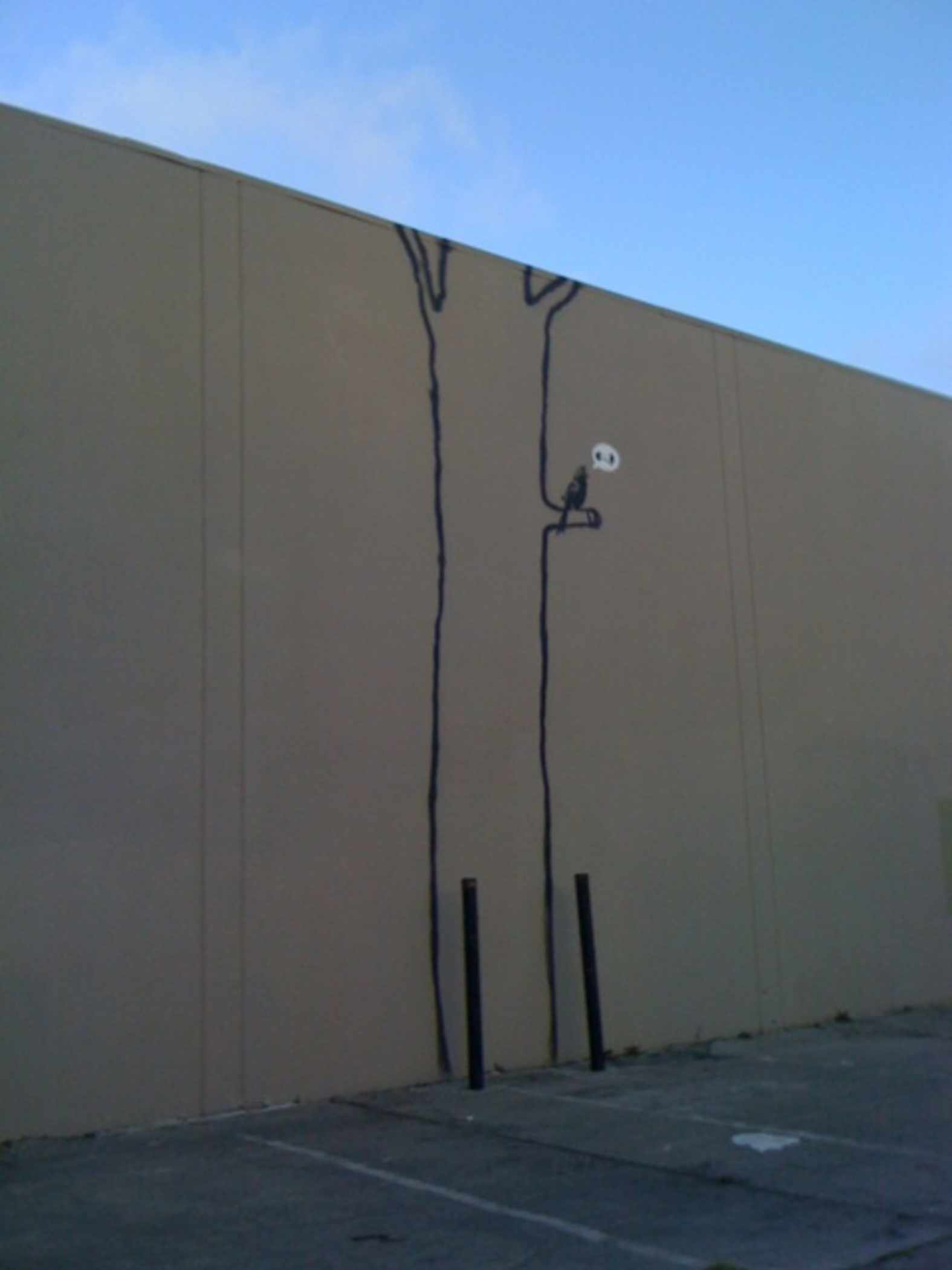 Love Letters to SF found this one yesterday.  Looks like Banksy is now on Twitter.  I kid, it’s just a bird.

Also, from the inbox:

there is a new banksy piece up at Haight and Belvedere above Villains Vault, across from Wasteland. Picture of a rat and a line that says “this is where I draw the line.” Went up last night.

A simple twitter search corroborates, but no pics as of yet.  I’d go take a picture myself, but I hate leaving the Mission and my kitchen smells like a nasty combination of Mexican food and frat house, so I gotta bust out a mop.  (Update: Banksy Prints has the scoop on the Haight piece)

Anyways, I’m pretty convinced that these are not Banksy.  First off, a “Banksy” went up in Seattle two nights ago, and he can’t be in two places at once.  Some have suggested that he emails plans to people, which seems feasible, but if he’s not the one taking the risk and holding the spraypaint, I don’t really see how you can credit it to Banksy.  To make a completely ludicrous comparison, we don’t say Ben Folds’ cover of “Bitches Ain’t Shit” is Dr. Dre’s work.

Wait, did you actually go out and find all these revolutionary art works, or did you just find people linking to them on the internet? The lady doth protest too much!

RE Laughing Squid: most likely, LS has never heard of UA yet, and had a tip sent to them. You should introduce yourself and your site to Scott Beale, a super nice guy, and he’ll credit accordingly if necessary.

Ok, I still don’t get it. You’re talking about this post, right?

He credits every photo he uses, and he links to the the respective flickr pages. What’s your problem?

PICS of the Banksy on Haight St. It looks like pretty classic Banksy to me:
http://dontcallmeanartist.com/?p=28